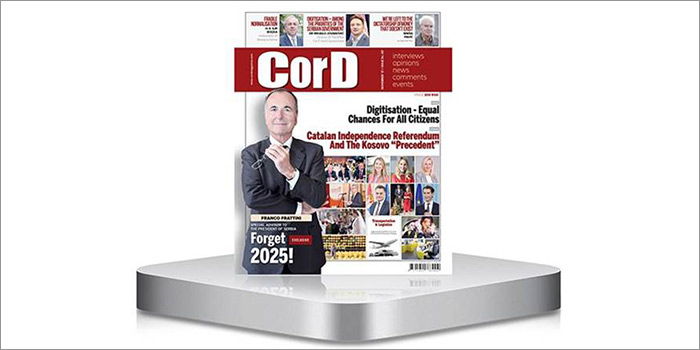 An interview with the principle of Stanovic & Partners Law Office, Nebojsa Stankovic Ph.D., published in the November 2017 edition of the business magazine CorD.

Full text of the interview: 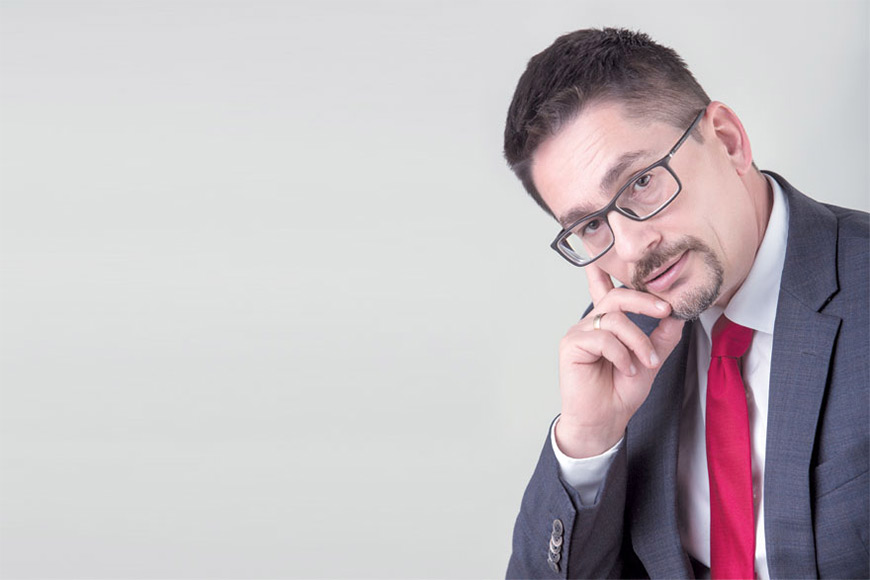 Of all areas of investment, investing in people is the riskiest, while the most binding contract is the given word.

The Stanković law office from Niš comprises a team of lawyers and legal trainees with expertise in all areas of law who have advanced professionally by learning their trade from the firm’s principal, Dr Nebojša Stanković, who is equally proud of his pedagogical work as he is of the professional results he has achieved as a lawyer and expert in the field of domestic and international commercial law and investment.

You are recognised, both at home and abroad, not only as the legal representative of a large number of domestic and foreign companies, but also as a “promoter” of the region of Serbia that gravitates towards Niš as an investment destination. What key argument do you use in conversations with potential investors?

The main argument is the truth. Investors, as a rule, make a final decision on where to invest their money on the basis of detailed business plans and analysis. That’s why investors expect a simple and precise presentation of the legal framework, as well as practical experiences in an area where they want to invest on the principle of pro et contra. The more they recognise similarities between the legal regulations in Serbia and those according to which they operate in their countries of origin, or in the countries where they’ve previously invested, and provided the answers to their questions are acceptable to them, most often in the area of labour relations, tax regulations and subsidies for foreign investments, the shorter and quicker their route to a final decision to invest. Anyone who shows a readiness to invest their own money in order to create new value on the territory of Serbia receives an honest interlocutor who, from the aspect of the legal profession and a wealth of experience, presents both the advantages and the risks of the planned investment. In this sense, I would rather use, although perhaps it’s neither trendy nor fancy, the attribute of “investment” patriot.

Speaking in an interview seven years ago about the conditions for investing in the region of Southeast Serbia, you stated that, in terms of the legal and business environment and its improvement, you are “a moderate optimist”. If you were to answer that same question today, would you remain in that “moderate” position, or do you think circumstances have changed?

Tough question. The briefest determination at this juncture would be that I am an informed optimist. Serbia has made considerable progress, primarily in the regulation of the normative framework. Many laws and accompanying regulations have been adopted that impact directly on an improved investment environment overall. Changes to legal regulations are certainly among the elements that have, during the mentioned period, impacted on improving Serbia’s position on the World Bank’s Doing Business List. Still, in everyday life not much has progressed in the application of new regulations, because that requires internal changes within all of us. The changes that are particularly difficult but essential are in our deep-rooted habits with which we express our attitude towards work and order. After all, the riskiest investment is in humans. Positive examples exist and it seems to me that they are most evident in the information technology (IT) sector. It is crucial for Serbia to retain its brains, biological resources and potential. I would like to be wrong in saying that one of Serbia’s possible future serious problems will be a lack of workers.

Practising law, according to our interlocutor, is a deep personal relationship between a client and a lawyer based on the client’s faith that the lawyer will, in accordance with the law, do everything to protect his rights and interests.

Although you are primarily known publicly as a lawyer in the field of the economy and banking, human rights is also one of your areas of expertise. Considering that we opened EU accession negotiation chapters 23 and 24 precisely a year ago, how would you assess Serbia’s progress in these areas?

Viewed from a regional perspective, one influential judgement of the Court of Human Rights in Strasbourg (ECHR) was the decision in the case of Branimir Đokić vs. Bosnia-Herzegovina, which I worked on for more than six years. When it comes to chapters 23 and 24, on the basis of the experience of other countries, these chapters are among the first to be opened and the last to be closed, in which the key chapter is actually 23. I consider that the moment of closing these chapters will also determine the date of Serbia’s full membership in the EU. The essence is that all citizens of Serbia feel tangible improvements from changes in the judiciary, and the most important thing when it comes to the pace is that we are still moving…

In your opinion, what impact does the successful conclusion of negotiations and work on negotiating chapters 23 and 24 have on Serbia’s position in the eyes of foreign investors?

The impact is great. Businesspeople, like most of us, want to feel like they’re at home wherever they are around the world. From the perspective of investors, the certainty that you can resolve a situation somewhere else in the same way you did in your own country makes you feel safer. Predictability is both a human and a business necessity. The closer Serbia’s legal system and economic environment are to the system of the state from which the investor comes, the shorter the time the investor will need to make a final decision on investing in Serbia.

For the last several years you have been involved in the World Justice Project, which saw more than 2,000 legal experts from around the world analyse and evaluate the rule of law in 99 countries worldwide. Based on global movements and changes, primarily political, do you agree with the assessments of some Western experts that the rule of law, and above all human and civil rights, are facing serious challenges?

It is a great honour to be part of the WJP team, but the responsibility is even greater. The selection criteria are strict and are reviewed every year. The role of the evaluator is conditioned on the obligation to rise above everyday personal experiences with subjective elements in order to maximally take on the role of an objective evaluator. Objectivity in providing evaluations and responses defends the authority of the WJP project, but also simultaneously preserves personal and professional integrity. The challenges confronting the idea of the rule of law today don’t essentially differ from those of the conveyors of the rule of law in ancient times. The ancient philosopher’s determination to defend the rule of law from the imposing of brutal and autocratic will can today be compared with the challenge of man to protect his freedom from the imposing of virtual reality and the increasingly visible management of our lives by artificial intelligence precisely with the rule of law. Every time carries its own burden, but the principle of the rule of law has remained and endured.

What gives you the most pride?

I am proud to have learned from the best in the legal profession, including my postgraduate studies mentor Tibor Várady, as well the fact that I am able to transfer the knowledge and experience I’ve acquired to my colleagues. I am most proud of my family and that I live by persisting with a system of values in accordance with the motto “Of thy sorrow be not too sad, of thy joy be not too glad”.